Having a ball in Windsor

Friday the 13th might be unlucky for some but certainly not for the trainees of Windsor, Richmond, Blacktown, Rouse Hill, Parramatta and Hornsby who were treated to a professional coaching clinic at Windsor tennis courts.

It was the most beautiful spring day and we all made sure we had sunscreen, hats and water bottles. We knew we were in for a day of fun when our coaches, Tony and Arvind arrived with a boot packed with racquets, balls, nets, hula-hoops and a BBQ! Between them, Tony and Arvind have 42 years of coaching experience and were recently awarded Tennis NSW’s Coaching Excellence Award: we were in good hands.

For young people with disability, being able to take part in social activities, access local facilities and maintain a healthy lifestyle is key to long term independence and wellbeing. It’s one of the reasons that NOVA is passionate about promoting inclusiveness. Tennis is a terrific way to tick each of those boxes.

Some of the trainees had never been on a court before, or even held a racquet but, boy, were they competitive (you could cut the excitement in the air with a tennis racquet!)

After some warm up games, the trainees were keen to play some matches so Tony and Arvind organised us in groups of four and we played half-court doubles, with the winners going on to play in the singles championship.

Farah said she had never held a tennis racquet in her life, but found she was quite a natural. Bethany, who had played when she was very young, said she will definitely play again, and plans on challenging her mum to a match.

The coach’s awards went to Bethany (Windsor), Rhys (Blacktown), Farah (Parramatta) and Laura (Rouse Hill). A trainee from each outlet was also chosen by their job coach to receive a participation award.

Tennis works up quite an appetite so our BBQ was a hit. Special thanks to trainee Alex from Windsor, who made sure our sausages and onions were cooked to perfection.

NOVA Transition thanks Tony and Arvind for sharing the courts with us. It was a day that we will all remember! 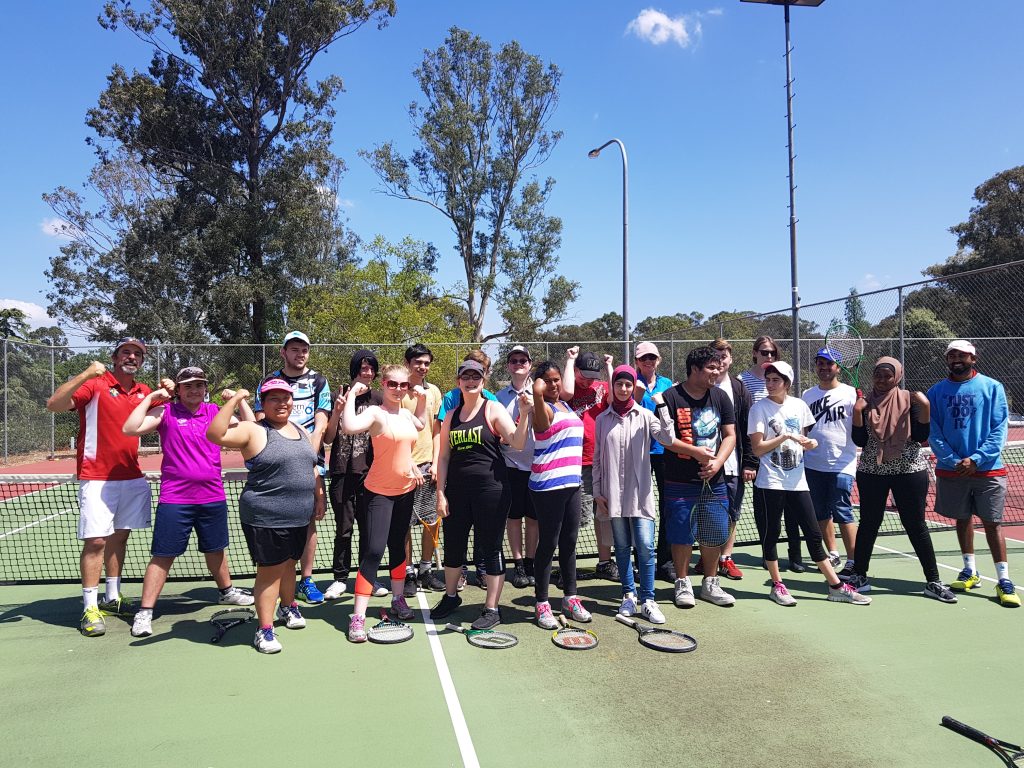